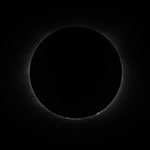 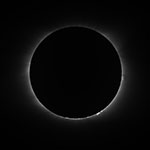 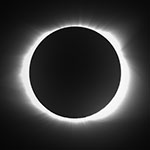 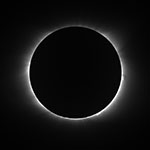 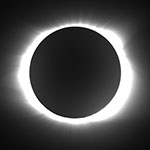 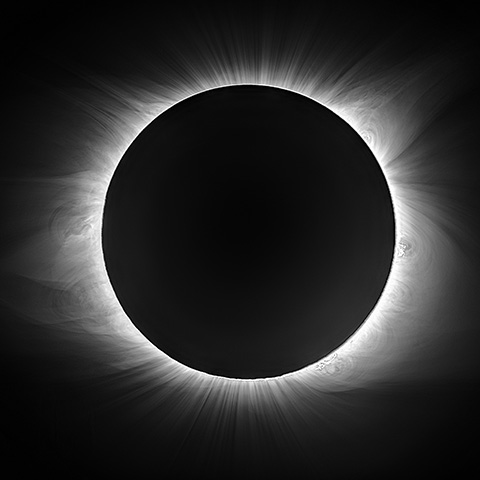 Question: I am preparing to photograph the solar eclipse (using a 600mm telephoto lens on a Nikon D5200) and hoping to use Photomatix to capture the subtle differences in the corona. Can you give me some guidance?

Here is the answer from Jean-Marc Lecleire, the astrophotography expert of our team:

"I recommend using an equatorial mount with a motor to follow the sun motion during the eclipse. The eclipse duration is only 2 minutes and 40 seconds, and every second is important. With a standard tripod, you could risk missing part of the eclipse because of the time lost in manual tracking.

A motorized equatorial mount allows you to keep the photos well framed during the totality. To work most accurately, the mount has to be aligned with the earth's polar axis. So you should install and test it prior to the eclipse, setting the mount polar axis to the Polar Star, which is visible during the night.

With your 600mm telephoto lens set at an aperture of F/8, I recommend taking exposures varying from 1/2 to 1/500 second at ISO 400. This would mean taking a bracketed set of 9 photos spaced by 1EV with the following shutter speeds:

To summarize, my two main recommendations are:

Note that you will have to align the bracketed photos manually before merging them to HDR, even if you use an equatorial mount. See more details on aligning eclipse photos below.

Question: I won't be able to use an equatorial mount, only a tripod, and I will have to center the sun manually. Will this adversely affect the results?

If you don't have an equatorial mount, our astrophotography expert recommends that you do not move the tripod during the 2 and a half minutes of the totality.

Instead, it is better to plan the framing and focal length so that you can capture the full eclipse without re-centering the camera.

You can do that using the exposure calculator on this page, which includes a FOV simulator for your particular lens and sensor type. During the 2 and half minutes of the totality, the sun will move a distance of its own diameter from left to right.

Use manual focus to ensure the camera won't lose focus during the totality.

A total solar eclipse is a stressful situation and you have to be very well prepared because so much happens during these 2 and a half minutes. During the last few minutes before totality, make sure you have everything prepared: focus, shutter speeds, and framing. Then you can enjoy the show!

You will have to be very focused on your photography to succeed. If you haven't photographed an eclipse before, be aware that it's very difficult to focus because the ambient light is falling so dramatically, the colors and shadows change, people shout and applaud everywhere around you, your heart starts beating very quickly - some people may even start crying. It is a very moving, 'once in a lifetime' experience.

Question: How do I align bracketed photos of a solar eclipse?

You will need to align your photos of the eclipse manually. The automatic image alignment built into Photomatix compensates for camera movements (typically due to shooting hand held), while the mis-registration in the case of a solar eclipse comes from the movement of the sun and the image shifting it causes.

You can align the photos manually in Photoshop using layers as detailed below:

We recommend saving the aligned images as TIFF, though you can save them as JPEG or PSD too.

You can now load the aligned images in Photomatix Pro. On the 'Merge to HDR Options' window, make sure to UNcheck the 'Align images' option.

If you are preparing for the 21st of August 2017 solar eclipse, note that a bright star called Regulus will be visible about 1 degree to the left of the sun. With a 600 mm telephoto lens, you'll certainly have it on your photos, even the shortest ones. If Regulus is visible on your bracketed photos, you can use it to help align the images.

Question: How have you processed the 2017 solar eclipse photos?

Jean-Marc took the 6 bracketed photos shown on the top left of this page using a ZWO ASI-1600MM astronomical camera and a Swarovski 80 HD Spotting Scopes telescope with a 800 mm focal length and 80 mm diameter.

He then processed the photos as follows: